CES 2016: Your Favorite Tech Is Finally Growing Up 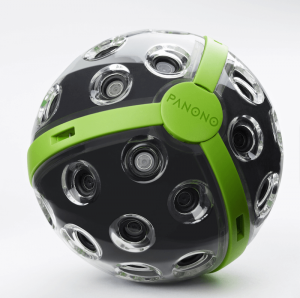 LAS VEGAS — What do 3D printers, drones, driverless cars and fitness trackers have in common? For one thing, all of these technologies are front and center here at this year’s CES. But perhaps more important, these cool tech gadgets are finally growing up, said Shawn DuBravac, chief economist for the Consumer Technology Association.

In a talk here today (Jan. 5), DuBravac told a packed house about what he sees as the defining trends of CES 2016. Among them is something that he called the “maturing of nascent ecosystems.” In other words, all of the cutting-edge gadgetry from past shows — like the 3D printers that churned out plastic bobble heads in 2014 and the fitness wearables that ceaselessly measured heart rate or body temperature at last year’s show — these devices are growing up, or finding their place in the real world.

This shift away from “technology for technology’s sake” toward technology that serves some greater, utilitarian purpose is playing out across the show floor at CES. For example, Whirlpool is showing off a line of smart appliances that connect to the Nest smart thermostat system. Nest tells your appliances when you’re away from home, so the dishwasher will automatically run when you’re at the office instead of when you’re trying to enjoy a quiet evening in your kitchen. Another example of this shift is Aipoly — an app that uses a smartphone’s cameras and internal sensors to help visually impaired people identify common objects.

Whirlpool and Aipoly have developed dramatically different technologies, but, as DuBravac pointed out, both are examples of intrinsically useful and meaningful technology, rather than just new and trendy. And meaningful tech tools are even cropping up in places where you might least expect them, such as the virtual reality section of the show floor.

While VR was an essential part of last year’s show, the technology has only started to really hit its stride in the past year, according to DuBravac. VR-gaming headsets from companies like Oculus Rift and Sony caught everyone’s attention in 2015, but this year brings 360-degree cameras and audio systems to the forefront — a move that signals VR’s expansion out of the gaming world and into different categories, DuBravac said.

“In 10 years, we’ll start to book cruises [with VR]. Before we book a cruise or go on a vacation, we’ll walk into the restaurants, walk the pool deck or look at different cabins to get a feel for the different sizes,” DuBravac said. And in the not-too-distant future, you can expect to watch YouTube videos in 3D on a VR headset, or use one of these devices in a science classroom, he added. [Check out CES 2016 coverage on our sister site, Tom’s Guide]

Other technologies that are coming of age perhaps at this year’s CES include 3D printing (goodbye, plastic doodads; hello, printed metal bike parts) and drones. (There’s a drone here that can be programmed to follow you around and film everything you do.)

Of course, the CES show floor doesn’t officially open until tomorrow (Jan. 6), so stay tuned right here on Live Science for more news on how your favorite technology is evolving, or follow our sister site, Tom’s Guide, for insight into this year’s top tech trends.